Starting a grandparent club as a parent

I remember the first time I met Kerry it was April 2021 and I immediately knew she was very special and we immediately had a connection. I didn’t prepare well for the call then and somehow expected a grandmother to appear so when I saw her face I was surprised and blurted out: “wow you are so young to be a grandmother!?”

She smiled and corrected me saying: “I’m not a grandmother but I’m a mother who wants her children to have a strong connection with their grandparents”. This hit home for me immediately being an aunt of a little girl in Australia and I felt immediately connected to her.

We have a shared vision that children – now more than ever – need a solid foundation and family, no matter the distance

We’ve kept in touch since and it was such a pleasure catching up with Kerry this time with my cofounder and Chief Scientist/P.h.D. Alyea Sandovar who also relates because she is an aunt of little ones in America. We have a shared vision that children need their family, now more than ever – no matter the distance between.

So how did The Long Distance Grandparent start?

As a mother living abroad with her husband in Dubai and Houston, she knows the pain of being away from family back in Canada and England. Kerry shared that her father is now 81 years old and she really wanted to help her children Finn and Charlie and their grandparents build a bond.

November is grandparent season in Dubai and UAE

Living in Dubai she noticed how many expat families were missing their family at a distance. The total expat population in United Arab Emirates has in 2022 come to 8.84 million, which constitutes approximately 89% of the population (Source). It is next to Qatar, Kuwait, Jordan and Singapore among the top 5 countries with the highest share of expats in total population. Kerry noticed that November seemed to be the “grandparent season”. That is, the time of year when the weather is beautiful and the beaches are filled with grandparents visiting their grandchildren in Dubai. She saw an opportunity and the “Grandparent Interview Project” was born.

Letting go of the grandparent you want to be

Kerry interviewed many grandparents and found out many of them were experiencing a lot of grief of having to let go of the “type of grandparent they thought they were going to be”. This is often paired with a lot of emotional complexity. Grandparents worry they will not be able to nurture a meaningful relationship with their grandchildren because of the distance. Being a trained scientist and caring at heart Kerry saw a role to help grandparents because she knew how possible it was to have strong relationships, no matter the distance between.  And this is how the LDG community started in 2019, which now has about 2000 members from all over the world.

The LDG community receives weekly inspiration about how to connect with grandchildren at a distance through fun, practical and meaningful suggestions. For instance, she encourages grandparents to be intentional about the mail they send and to prepare for the time they spend on video chats together.  Snail mail is an especially powerful way for grandparents to connect because children love it when something arrives especially for them – and it’s unlikely that anyone else in their lives is taking the time to send mail.  Kerry also hosts webinars throughout the year for long-distance grandparents. Stay tuned because we might co-host a webinar between Peekabond and LDG at some point. Kerry started The Long Distance Grandparent Society, an online monthly membership program, as a way to help grandparents move towards more fun and meaningful connections with their grandchildren. It’s an amazing community of engaged and intentional grandparents who know that nurturing bonds really does involve going the extra mile. The paid subscription costs $20 per month or $200 for a year. In the membership and through her free weekly newsletters specifically for long-distance grandparents, she focuses on practical, but fun and meaningful ways to build bonds with your grandchildren.

Kerry Byrne holds a PhD, and although she originally started out wanting to be a child psychologist, she became a research scientist in the area of aging and care. For over 20 years, she has published, presented and collaborated on numerous projects and initiatives to improve the experience of aging. She believes in the power of intergenerational relationships within families to create a more caring and less ageist society. Kerry is the Founder of The Long Distance Grandparent, a mission-driven business helping grandparents build strong bonds with their grandchildren from a distance.

Grand plans for the future

Kerry has grand plans (pun intended) to grow her membership and help more grandparents through a series of workshops, speaking engagements and e-books.  In the US, Since 2001, the number of grandparents has grown by 24%, from 56 million to 70 million in 2019. By age 65, 96% of Americans are grandparents. Over half of American grandparents report living at a distance from at least one grandchild (Source: AARP) Four in ten grandparents work, contributing to their strength as a significant market force (Source: AARP). 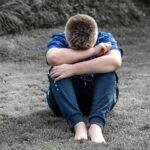 Discussing the Loss of a Relation Within the Family By Anieke LamersMarch 18, 2022
Use Relationship-Centered Storytelling to Nurture Strong Relationships with Children at a DistanceMarch 24, 2022 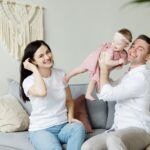